Casandra Brené Brown PhD LMSW (born November 18, 1965) is a research professor at the University of Houston where she holds the Huffington Foundation – Brené Brown Endowed Chair at The Graduate College of Social Work.

She has spent her career studying courage, vulnerability, shame, and empathy and is the author of five #1 New York Times best sellers: The Gifts of Imperfection, Daring Greatly, Rising Strong, Braving the Wilderness, and her latest book, Dare to Lead, which is the culmination of a seven-year study on courage and leadership.

Brene Brown’s TED talk – The Power of Vulnerability – is one of the top five most viewed TED talks in the world with over 35 million views. She is also the first person to have a filmed talk available on Netflix. The Call to Courage special debuted on the streaming service on April 19, 2019.

Brene Brown began her career as a research professor at the University of Houston Graduate College of Social Work.[6] Her research focuses on authentic leadership and wholeheartedness in families, schools, and organizations. She presented a 2012 TED talk and two 2010 TEDx talks. Brown’s TED talk “The Power of Vulnerability” is one of the top five most viewed TED talks, with over 40 million views.

Brene Brown is the chief executive officer for The Daring Way, a training and certification program for helping professionals who want to facilitate her work on vulnerability, courage, shame, and empathy. Brene Brown is one of the most sough-after speakers in the world.

To request Brené Brown to be a speaker at your next event, contact: 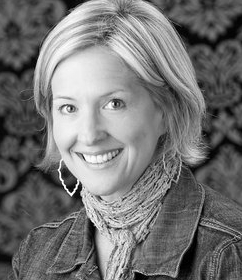