Andy Gibson is the founder and Head Gardener of Mindapples. He founded the campaign in 2008 in response to the lack of attention being given by social innovators and campaigners to public mental health. Mindapples has been his main focus since 2010.

Andy is an award-winning entrepreneur and author with many years’ experience starting businesses and advising large organisations on innovation and performance.

Prior to Mindapples, he co-founded the influential social web start-up School of Everything in 2006, which won several awards for its innovative work connecting independent learners with teachers in their local areas. He founded Mindapples whilst at School of Everything, and incubated it via his innovation practice, Sociability Ltd. Mindapples has since gone on to reach tens of thousands of people all around the world with positive messages about the health of our minds.

Andy Gibson (Photo by Bex Singleton)Andy writes and talks extensively about mental health and performance, and his latest book, A Mind for Business (Pearson, 2015) was WHSmith’s Business Book of the Month in March 2015. This book was the culmination of three years’ development of Mindapples’ business training programmes which are now used by many major multinational corporations and small businesses to help their staff work smarter and more sustainably and have also been successfully trialled with students and health service users. His previous written works include Social by Social, a practical guide to using social media for social good, and various policy papers and thought leadership pieces about social innovation and digital transformation.

Andy has worked with some of the biggest names in global business to help them get the best from their staff, including several of the world’s leading financial institutions, Bupa, News UK, L’Oréal, PricewaterhouseCoopers and the Wellcome Trust. He has advised the UK Government on public health promotion, supported many entrepreneurs to launch and grow their ventures, and speaks internationally about business innovation and social change. He was also previously a Trustee of the Royal Society for the Encouragement of Arts, Manufactures and Commerce, and Wired magazine once named him the 78th most influential person in UK technology – although they changed their minds again the following year.

He lives in London and writes in Weymouth.

To request Andy Gibson to be a speaker at your next event, contact:
Robinson Speakers Bureau | The Gold Standard For Keynote Speakers
+1 646-504-9849 | info@robinsonspeakers.com

Bruce Turkel : All About Them
Book Now 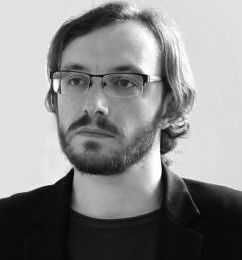