Allan Pease and his wife Barbara are the most successful relationship authors in the business. They have written 18 bestsellers – including 10 number ones – and given seminars in 70 countries. Their books are bestsellers in over 100 countries, are translated into 55 languages and have sold over 27 million copies. They appear regularly in the media worldwide and their work has been the subject of 11 television series, 4 stage plays, a number one box office movie and TV series, which attracted a combined audience of over 100 million.

Allan, known internationally as “Mr Body Language”, delivers keynote addresses, appears regularly in media around the world, and is sought to give advice on personal image by everyone from business executives and Prime Ministers, to TV presenters, Royalty and Rock Stars. His sales and communication systems have grown companies from one man bands to multi-nationals.

Barbara controls the distribution, marketing and sales of Allan & Barbara Pease books, CDs, DVDs, webinars, and training programs on human communication, body language, sales, motivation and leadership and has travelled to over 40 countries for seminars and research.

Allan teaches audiences how to become great communicators and to win more business – and he makes them cry with laughter at the same time!

The couple’s monthly relationship column had over 20 million readers. They live in Australia, have 6 children, 8 grandchildren and practice Ju Jitsu.

To request Allan Pease to be a guest speaker at your next event, contact:
Robinson Speakers Bureau | The Gold Standard For Speakers
+1 646-504-9849 | info@robinsonspeakers.com 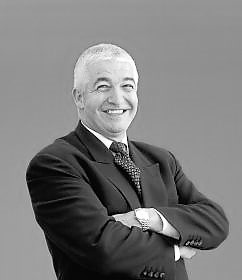