Alex Sheen – Because I Said I Would | Humanitarian Speaker | TED

About Alex Sheen:
To encourage others to make a positive impact,Alex makes charitable promises. Some of his philanthropic promises include: walking 245 miles across the entire state of Ohio in under 10 days to fulfill a promise to Amanda Berry, Gina DeJesus and Michelle Knight, raising awareness for the victims of sexual violence; volunteering at a different nonprofit organizations each week for 52 consecutive weeks in 2014; driving through the night to deliver disaster relief aid to the victims of Hurricane Sandy; and promising children with cancer trips to Disneyland and personally delivering 100 tickets.

Alex’s work has been featured onABC World News with Diane Sawyer, CNN, The Today Show, Good Morning America, NPR, Fox News, Los Angeles Times, HLN, CBS Nightly News, The Steve Harvey Show and may other programs. Alex has had over had over ten front page, number one posts on reddit.com, with over 7 million views on those stories alone. His work in social media was featured in BuzzFeed’s list of “Most Important Viral Videos of 2013.”

Request Alex Sheen or another speaker for your next event:
Robinson Speakers Agency | The Gold Standard For Keynote Speakers
+1 646-504-9849 | info@robinsonspeakers.com 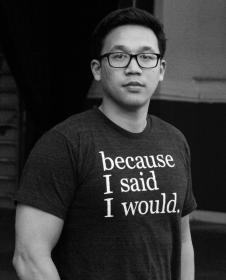