A native of the Bronx, Pacino began his acting career on stage with award-winning performances in “The Indian Wants the Bronx” and “Does the Tiger Wear a Necktie?” His fame took off with The Godfather, Serpico, and Scarface, all of which earned him multiple Academy Award nominations. His knockout performance in 1992’s Scent of a Woman scored him an Academy Award for Best Actor. He has also appeared in such celebrated films as Carlito’s Way, Donnie Brasco, Dick Tracy, and Glengarry Glen Ross.

Pacino was accepted into the prestigious Actors Studio in 1966 and studied under legendary acting coach Lee Strasberg, who was known for advocating “method acting,” an approach that was becoming increasingly popular at the time. He made his directorial debut with the documentary Looking for Richard, for which he won a Directors Guild Award for Outstanding Directorial Achievement in a Documentary.

In his thrilling presentations, Pacino – one of cinema’s true legends – offers audiences a glimpse into his storied career, sharing his insights into the art of acting and some of his favorite anecdotes. He expertly blends video clips, character readings, and personal commentary in a multimedia program that will leave audiences wowed and inspired.

To request Al Pacino to be a speaker at your next event, contact:
Robinson Speakers Bureau | The Gold Standard For Keynote Speakers
+1 646-504-9849 | info@robinsonspeakers.com 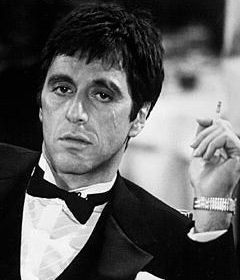