Al Madrigal Biography:
With more than 15 years as a stand-up, Al Madrigal has found success as an actor, correspondent and podcaster as well as on the live stage. Madrigal stars as Andy, a thoroughly whipped stay-at-home dad, alongside Minnie Driver and David Walton in the hit NBC comedy, About A Boy, (Tuesdays 9/8c). And since 2011, Madrigal has filed regular correspondent pieces on the Emmy Award winning The Daily Show with Jon Stewart.

In 2013, Madrigal starred in his first hour-long stand-up special, Why Is the Rabbit Crying, on Comedy Central. The special is now available as a CD, DVD and download. He starred in his own Comedy Central Presents special and has been seen on Conan, The Tonight Show, The Late, Late Show with Craig Ferguson, Chelsea Lately and Jimmy Kimmel Live.

Madrigal has been seen on NBC’s Free Agents, co-starring Hank Azaria; Welcome to the Captain, with Jeffrey Tambor & Raquel Welch; Gary Unmarried, alongside Jay Mohr; The Tax Men, opposite Martin Short; and The Ortegas, where he was the series lead.

When he’s not touring, Madrigal lives in Los Angeles with his wife and two children.

To request Al Madrigal to be a speaker at your next event, contact:
Robinson Speakers Bureau | The Gold Standard For Keynote Speakers
+1 646-504-9849 | info@robinsonspeakers.com 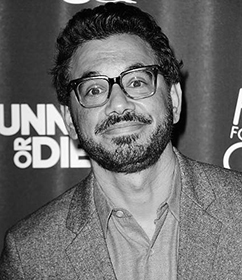